Targeted traffic leads to more sales which leads to brand authority for your business. Your goal is to live it. Our goal is to get you there.

If your business is on the Sunshine Coast then you've come to the right place for your SEO needs.

...there lived a small business couple named Brad and Janet. Brad was an exceptional tradesman and Janet could make spreadsheets practically sing. Together they had created a great business and loved what they did, but it wasn't all wine and roses.

The problem was they just couldn't keep up a consistent stream of clients. It was either boom or bust, which made life a bit frantic. No matter what advertising or marketing tactics they tried they were always anxious that their customer flow would dry up, and with it, their cash flow.

Committed, experienced, trained, eager and loving what he does.

BRAD - Can Fix Anything

Their friends, Bob and Sandy, didn't seem to have that problem and when asked why, they just said, "SEO".

Brad and Janet understood that search engine optimisation was a good thing to do, and that it helps businesses, but they'd heard it was expensive, and sometimes the seo people weren't exactly 100% honest about what they actually did for the business.

In fact, they both thought it was all just smoke and mirrors, and so each time they looked into it, they didn't look to deeply. It was simply too hard and confusing, and to be honest, it made them feel inadequate. 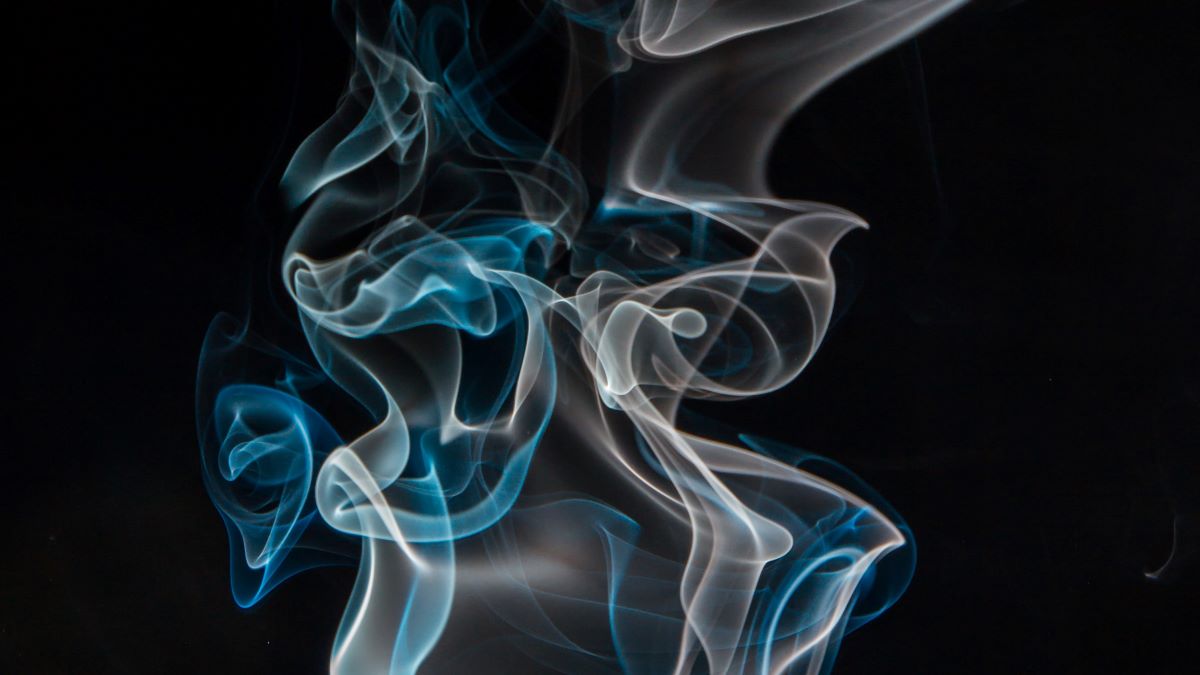 "How much is a customer worth to you?", said Bob, when asked yet again why they had so many customers.

"Well", said Brad, "I don't want to give away trade secrets, but it's a reasonable amount, and keeps the business going".

"Then don't you think the cost of seo, being a fixed expense every month, is worth it when every new paying customer means that your profit is increasing", said Bob.

Janet, who was totally across the numbers, replied yes, but then said that she just couldn't seem to trust those seo gurus she investigated. There were always lots of promises but very little substance.

"Absolutely", replied Bob. SEO is the best investment we've ever made in our business. We trust our seo guys implicitly because we have in-depth conversations with them about our business and they know exactly what we want to do and how to go about it. And they also come up with some excellent ideas from the data they collect. Stuff that we would never have thought about ourselves. It's brilliant".

"It's a working relationship", said Sandy, "not just a fee for service. That's what you need to find for yourselves".

So Brad and Janet set aside the time and started researching and interviewing seo's. They could have just used Bob and Sandy's seo, but theirs was a different business and their seo required a different strategy.

After a time they found Aaron at SEO Artillery and instead of bamboozling them with lots of jargon, he narrowed their questions down to the four most important ones for any business...that is... 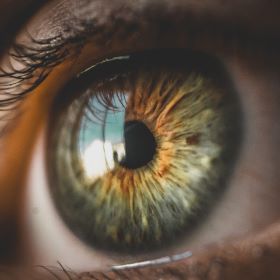 Getting traffic can be a huge challenge. You need to attract more eyeballs to your site, but it has the be the right eyeballs.

You have two main methods to do this. Paid traffic, or organic traffic.

It’s also what builds your rankings on the search engines, but how do you create a customized marketing plan that will bring thousands of new visitors to your website?

It all begins with analysis. “Oh God, not analysis” you say. “I’ve got too many things to think of already”. Yes, I know, that’s why you won’t be doing that. I will, while you get on with running your business.

I’ll look at your website “in-depth”, your current traffic sources, website structure, keywords (both current and potential) and completely review your website for SEO opportunities. When that’s done, we then sit down and work out a plan of attack.

Getting ranked number 1 on Google and the other search engines like Bing, Yahoo and Duck Duck Go is no good if nobody actually calls you, opts in to your forms or buys your stuff.

Traffic is the first step, and then conversion is the next. Maybe your website content doesn’t match your services accurately.

Or it’s good, but the calls to action aren’t specific or clear enough. Or maybe you simply have too much information on your site and people leave because they can’t make a decision.

Once your potential customers have found you, it’s then up to you to take them on the journey that leads them to see you as the best option for their needs.

Once they understand that, then it’s a matter of getting them to “click that button” or “make that call”.

That’s what the conversion analysis (that word gain) will discover and will help you to create the best path to turn traffic into real customers. No longer will you be fretting over the phone waiting for it to ring. You’ll be hiring someone specifically to take all the calls. 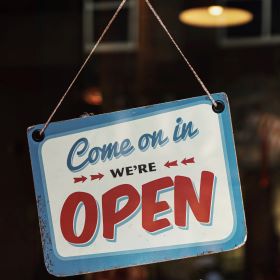 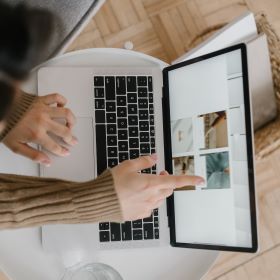 This is the task you should be best at. After all, you’re the expert on what you do. It’s why you’re in business in the first place.

But how much time have you wasted in the past trying to convert a lead into a customer only to find that the customer wasn’t really a “true customer?”

Maybe they’re a tyre kicker, or once they heard your price or what you offer, they realised they didn’t really want you after all.

What a complete waste of time. Yours and theirs. You’ve been there right? We all have.

Properly constructed seo and conversion optimisation practices help you to narrow down the potential customers to those who actually WANT your services or goods. That’s what seo does.

It helps to drive “targeted traffic” to your website, and then the website does the rest by directing that traffic to the thing it was looking for, while weeding out the tyre kickers.

One call that leads to a direct sale is better than a thousand that don’t. Your time is more precious than that.

Of course it helps to rank for those other keywords eventually but it's buyer traffic you want at first. It's all about creating the right focus.

This is done through crafting a dedicated strategy that combines your business goals, existing customer base, desired customer base, sales and marketing tactics, and then blending them all together into a cohesive seo-based process.

And it all starts with an analysis (that word again, I know) of your website.

Click the button below and follow the simple steps to get your analysis. It’s that easy, and it’s the ABSOLUTE BEST place for you to start. 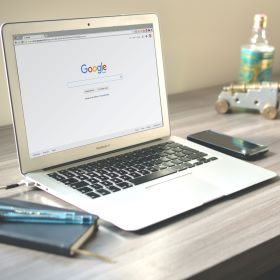 And They Lived Happily Ever After

After following Aaron's advice and getting an initial site audit completed, they then discussed the results, came up with a plan and began implementing the suggested changes and strategies. Before long their website started to perform better and the customer flow started to increase.

Now Brad and Janet spend their time doing what they do best, while the seo and customer flow is taken care of for them. When you run your website through my website auditing process, this is what will happen.

In order for you to have a “happy ever after” ending, you need to gain control of your website and direct it to suit your own purposes. Lets start by getting you found in Google, generating targeted leads and making more sales.

I know what it takes to optimise a website to gain exposure and Google ranking.

The best sound a business can hear is the phone ringing. SEO Artillery uses high-level, SEO techniques to bring traffic to your site and then conversion optimisation tactics to convert the traffic into phone calls.

Our business had a major increase in enquiries and bookings since you commenced work with us. Northland Storage Units has never had a higher occupancy rate prior to your involvement.

Some businesses struggle when massive traffic starts flowing to their sites. So having great SEO is not just about making your website more visible in Google, it's also about preparing your business to convert the traffic AND having the capability to handle the extra load on your business assets.

So This Is How We Add Rocket Power To Your Website 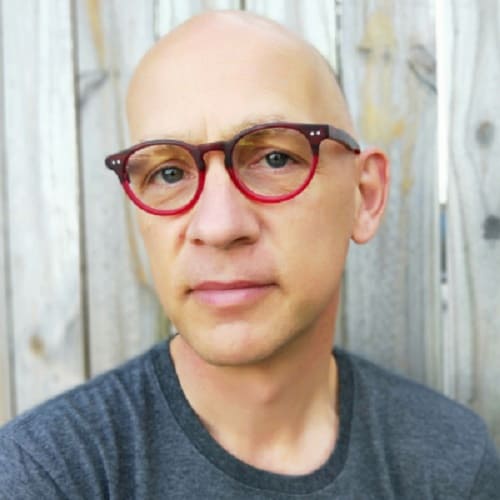 I'm more than delighted with how Aaron transformed my website and online presence. I am now so much more visible and attractive to prospective clients. 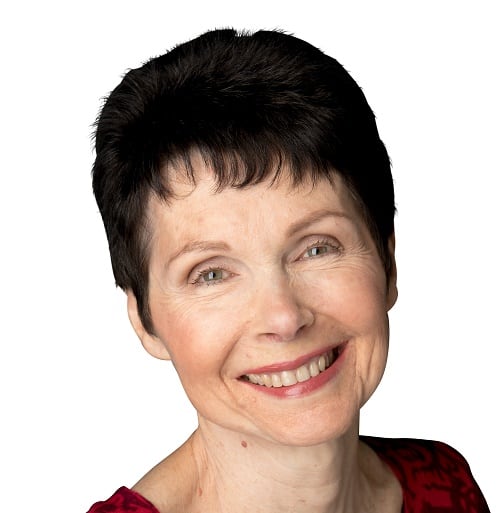 I now hold the number one (or at least top 2 or 3) spot for all my main keywords and best of all, I'm getting more clients. I thoroughly recommend SEO Artillery to any business that wants their website to perform.

Search engine optimisation (SEO) is the process of optimising a website so that it can be found by people searching for specific keywords and to help a website rise to the top of the search engines by creating authority for the site.

How Does SEO Work?

Search engines like Google have programs (algorithms) that check for thinks like structure, keywords, links and site speed, plus hundreds more data points to compare sites against each other to find the most "relevant" one based on the user's "search intent" (keywords).

Why Should I Hire An SEO Expert?

An SEO expert will optimise your site to conform to the requirements of the search engines (and your customer's) wants. They know how to do it faster and cheaper than you could yourself. Hiring an expert is the best money your business can spend.

How Long Does It Take To Rank?

The search engines have to "learn" what your site is about. It can take time for this to happen (or it can happen quickly) depending on factors such as site age, structure, keywords, your competition and other factors.

How Much Does SEO Cost?

Does My Business Need SEO?

Yes it does. If you want to be found by potential customers searching the internet then SEO is the best way to ensure that your website stays relevant and visible. Advertising is great for "specific" needs, but SEO wins the long-term battle. And if you're not doing it, you can bet your competitors are.

Why Should I Trust You With My SEO?

There are some dodgy SEO outfits out there and even some of the good ones can sometimes drop the ball. The dodgy ones end up dying and the good ones try to fix their issues (at least you'd hope so). If you've had a bad experience but you still understand the power of SEO, then call me on 0439 787 139 and talk to me. Tell me about it. I'll do my best to find a solution for you whether it's through my services or someone better suited for your business and industry.